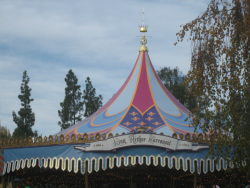 King Arthur Carrousel
Disneyland was laid out in a hub and spoke configuration because Walt hated that people could get lost in other parks. Each land has a weenie, something that draws people to and through it.

For Main Street, U.S.A. It is Sleeping Beauty’s Castle that draws people into Fantasyland. For Tommorowland, it was the TWA Moonliner. Frontierland has the Mark Twain stern-wheeler. Adventureland is the only land without a weenie because it is supposed to be mysterious and surprising.

In Fantasyland, the tour stopped at Peter Pan’s Flight. Guests in the tour got to get through the line quickly. This attraction always has a 30 to 45 minute wait during the busy season. While other members were on the ride, everyone else met out by King Arthur Carrousel where Jingles, Walt’s favorite horse continues to delight riders of all ages. 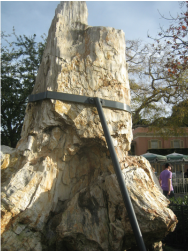 The petrified tree
In Frontierland, the group stopped to see the petrified tree that Walt gave to Lillian as an anniversary gift. She regifted it to Disneyland, and it now stands near the pier for the Mark Twain and the Columbia.

Walt wanted to take a trip down the Mississippi like Huck Finn and Tom Sawyer. He had plans to do so after World War I, but when he returned home, he found that the friend with whom he had planned the trip was married and had no desire to go. (Walt also found out that the girl he had been dating was also married to someone else.)

The Mark Twain and the Rivers of America allowed Walt to fulfill this dream in a way. He held his 30th anniversary celebration with his wife on the riverboat with about 300 guests on July 13, 1955 – just four days before the scheduled opening of Disneyland.
Continue on A Walk in Walt's Footsteps part three 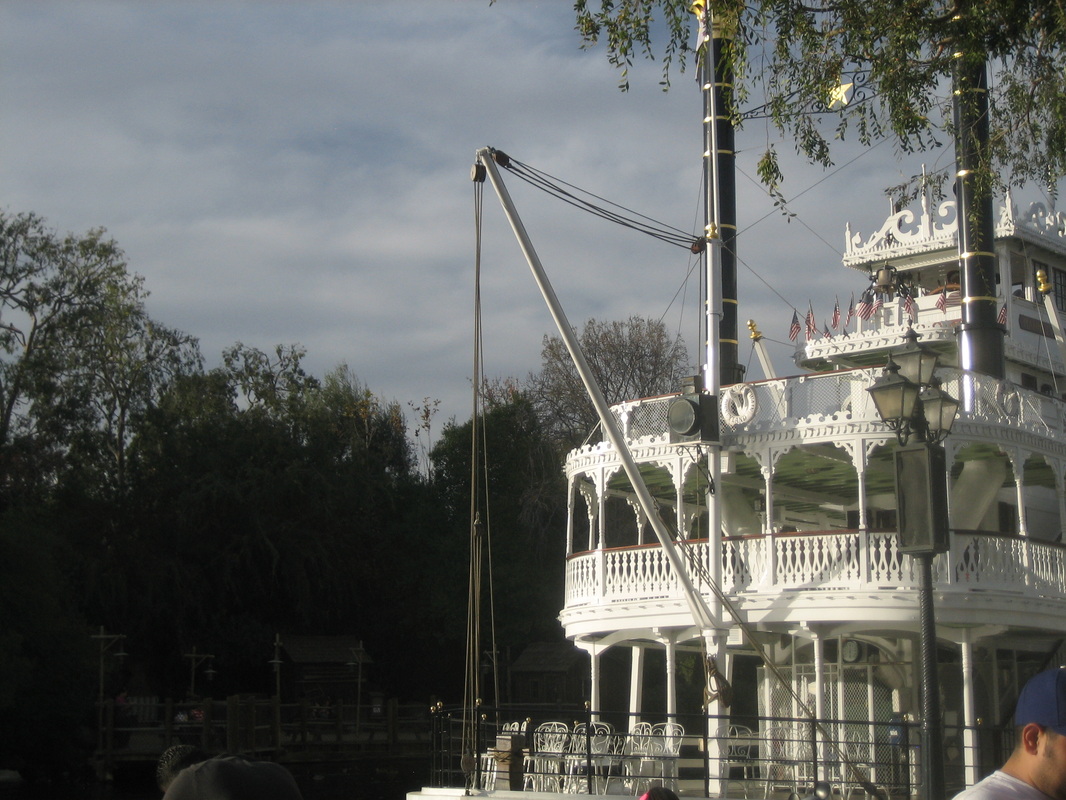