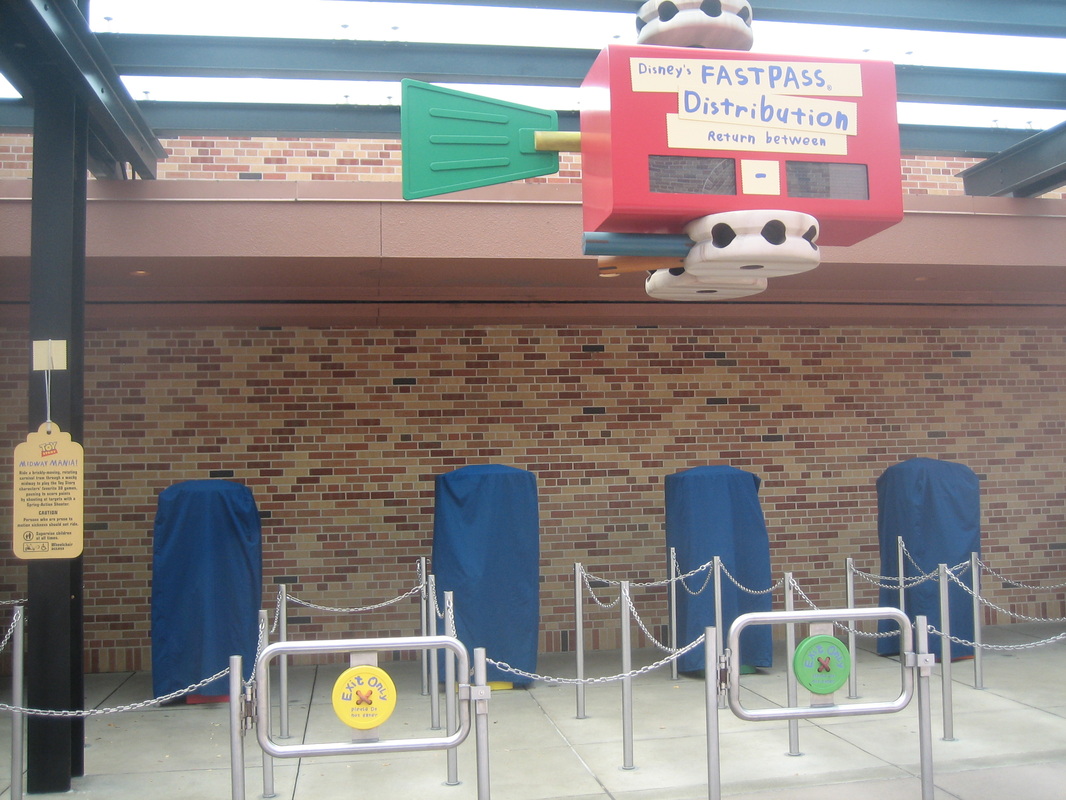 The FASTPASS system for Toy Story Midway Mania at Disney Hollywood Studios has run out of FASTPASSes for the day.

While the parks are experimenting with other ways that the system could work. Disneyland still has the FASTPASS system that most people know and love. For select rides, there is a special place filled with themed machines that give out the FASTPASSes. There is usually at least one cast member on hand to help if the need arises.

FASTPASSes are free! When has Disney ever given anything away for free? Point in fact, the FASTPASS isn’t really free, but it comes with your admission ticket. Go to the Star Tours FASTPASS kiosks put your park admission ticket into the machine and a FASTPASS should come out.

The only times when you wouldn’t get a FASTPASS are: 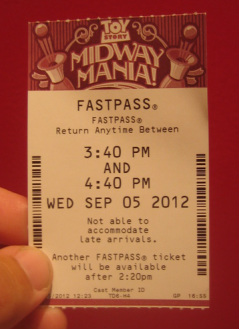 The elusive Midway Mania FASTPASS
FASTPASSes must be used within the time stamped on the card. It used to be that you could use a FASTPASS any time after the start time printed on the pass. Disney changed that policy a couple of years back, so now the FASTPASS acts like it was originally designed to. It holds your place in line, allowing you to experience other attractions. If you do not return when your turn would have happened, you get skipped and cannot jump back in line.

You can get more than one FASTPASS during your visit. You just get them consecutively and about once an hour though sometimes that span is a little longer. You do need a FASTPASS for everyone who wants to go on the ride. If you are traveling with people who are not going to go on the attraction, get a FASTPASS for them anyway because another person in your group can use it. The time when you can get your next FASTPASS is printed out on your most current FASTPASS.

Whether or not the FASTPASS system is a good thing is a different discussion that is partially addressed in the blog post “The Disney experience goes beyond the rides.”
FASTPASS is just too fast
FASTPASS introduces element of time to vacation