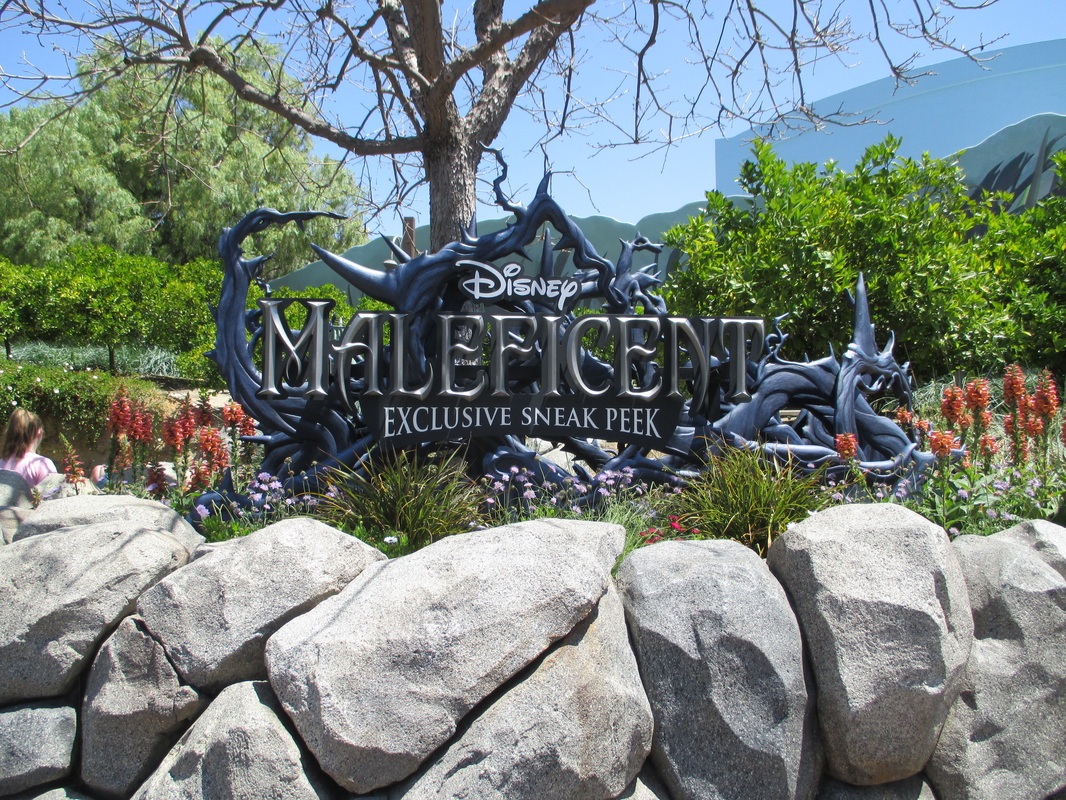 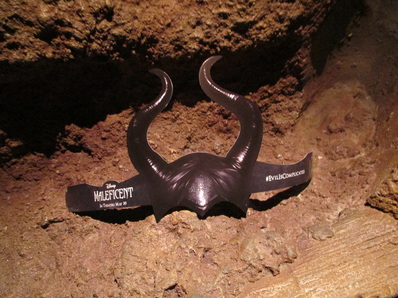 Disney California Adventure (DCA) is giving visitors a sneak peek of Maleficent. The preview is playing in the It’s Tough to Be a Bug! Theater and uses a couple of the theater’s special effects that won’t be available in the cinematic release.

Gone are the bug posters and the bug music. While there are still some thematic elements in the underground waiting area, everything else has been replaced by music and lighting that evokes the atmosphere of Maleficent.

Theatrical trailers have kept Angelina Jolie in the dark. At DCA, Maleficent’s appearance, played by Jolie, in the court of King Stefan at the birth of Aurora is breath taking. She is everything that anyone could expect of Maleficent – beautiful, ironic and scary.

Maleficent has had its detractors, most notably a couple of Motley FOOLS who pronounced it Malefficient. (Honestly, do they even watch Disney films? If they can’t pronounce the name, they probably shouldn’t talk about it. Do a little bit of research.) If this preview can be believed, Maleficent will be spectacular.

Anyone visiting DCA before the May 30, 2014 opening should stop by the It’s a Bug’s Life! Theater for a visually striking treat and experience not available outside the Disney Parks.